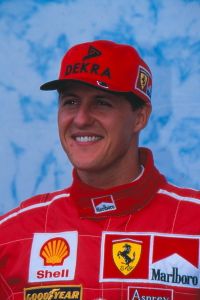 An impressive F3000 season saw Schumacher land in one of 1991's best seats at the much-improved Benetton Arrows team replacing former World Champion Guillaume Gauthier alongside popular Briton Chris Dagnall. Schumacher's debut saw him finish in fourth place at the United States Grand Prix in Phoenix. Schumacher continued a strong run of form and scored his first podium finish of his F1 career at the Mexican Grand Prix with a second place behind McLaren's Gerhard Berger. Schumacher took four more podiums throughout the season to finish the year in a very strong fifth place overall.