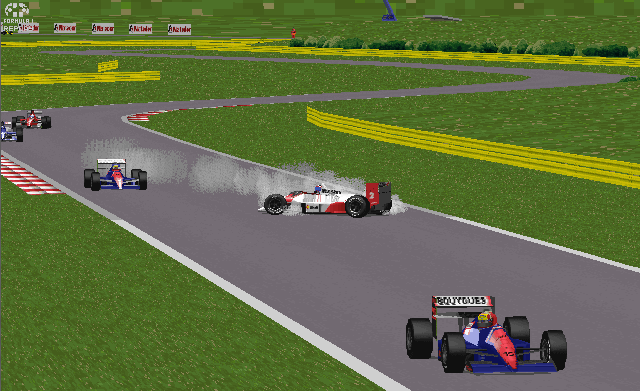 Voeckler mistakes early on didn’t hamper his chances of winning.

As we move on to the Automotodrome Grobnik in Rijeka, we are met with the surprise notice that Nigel Mansell had got worse since the Hungary GP, and as such, Williams needed a replacement. What was unexpected was the return of Emerson Fittipaldi; who is racing in CART at the moment.

In qualifying, Senna took pole as usual, and lead most of the early phase of the race. However, he spun out on the straight while dealing with a lap car; even worse, he lost his front wing. Jeremy-Etienne Voeckler was left to inherit his lead, but he also spun out, which lead to increasing doubts of the quality of the Grobnik track.

Despite this, Voeckler was able to capitalize on further mistakes of the Ferrari drivers to take the win, Berger following in his tail, and Senna completing the podium. While it is nice to obtain a podium, he didn’t look too happy in the podium. Arrows were happy to take the 5th place in the race, but, due to a mistake by Cassidy, they didn’t take the final two scoring positions as they usually do. This honour went to Emerson Fittipaldi, the driver that replaced Nigel Mansell on the race.

Infinite Improbability Drive of The Race – Emerson Fittipaldi, amazing stuff for a comeback

Reject of The Race – Ferrari, amateurish mistakes put an end to a sure 1-2.