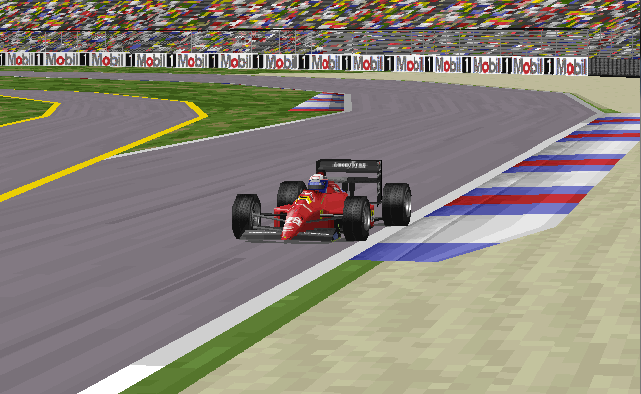 Not even rain stopped Ferrari domination.

This weekend at Hockenheimring was sure gonna be new, for a multitude of reasons. Ferrari introduced a B-Spec car, F1 star Harvey Jones will make a comeback for Lola-Ford, and Osella will change the drivers from Oscar Laurrari to Stefano Modena.

All of those changes were on effect at track, with a rather wet surface qualifying, and the race being also held on damp conditions. Ferrari dominated the weekend, with the Ferrari F1-88B ultimately proving much better on track compared to the MP4-B. Jeremy-Etienne Voeckler was looking the most likely candidate to challenge Ferrari for the win, but due to a somewhat reckless move into the first chicane while trying to overtake Senna, he was out of the race in only the first lap. His relative Frederic-Maxime Voeckler proved no more lucky, retiring a few laps later after Patresse got way too eager in the last sector.

However, the crowning moment of idiocy must go to Gerhard Berger. While being close to Alain Prost, the ultimate winner of the race, he tried too hard on the lapped car of Palmer, spunning out after running out of room. This bitted him direly in the last part of the race, when he was unable to catch Ayrton Senna or Alain Prost.

On the underdogs, Osella proved far more capable than usual, with their powerful engine being used to good by Stefano Modena, who was running 12th before the transmission failure. Kazuki Fushida came again 7th, making you wonder whatever he will actually score points this season or not.

Infinite Improbability Drive of the Race – Osella, showed top 10 pace through the weekend.

Reject of the Race – Gerhard Berger, rookie mistake takes him out of possible victory