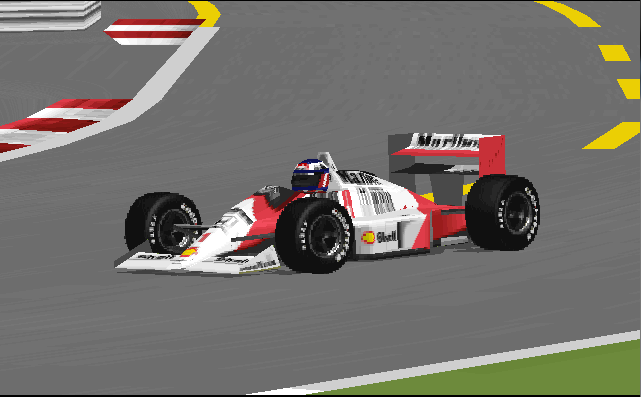 Gerhard Berger, the man who capitalized on other’s mistakes to win.

After the German Grand Prix and the qualifying for Hungary, many fans lost hope that we would see another round of the Prancing Horse showing their domination. However, this was not the case.

Prost had two big blowouts; first, he lost his front wing during an accident in the middle of the race, and secondly, approaching the end, he had an electrical failure near the end of the race, which meant that his chances of winning the race were incredibly bleak, and, to top it off for the Scuderia, Senna made some mistakes early on, and he had lost pace compared to qualifying.

While many thought that Jeremy-Etienne Voeckler would be the main man to look out in the race for the Ferraris, he made another mistake, while entering the last sector, he completely missed the fact that Derek Warwick had spun out and had to recover, and while the Lotus was recovering, he completely acelerated and crashed, letting himself down, and out of the race.

This all fall into place for the other McLaren driver, Gerhard Berger, who kept his nose clean throught, and as a result, he won the race. Ferrari completed the podium, Mansell was 5th for Williams-Honda, and 4th and 6th were the Arrows of Chris Dagnall and Brendon Cassidy respectively.

Fushida, despite a poor qualifying, was able to recover for another 7th place. Roberto Moreno was the upset of the day, as he managed to beat the Benetton of Robert Kagan for the last place in the grid. The AGS showed pace, but with Caffi having issues early on, any chance of them getting into the top 10 was null and void.

Infinite Improbability Drive of the Race – Kazuki Fushida, from 19th to 7th in one of the trickiest circuits in the whole calendar.