From Formula Rejects Wiki
Jump to: navigation, search
Nathan Nurmester (born 24th June, 1972 in London, England) is a British racing driver. He is currently the official safety car driver in the IFRC, having previously driven in RTCC, PGPS and CART. He is the son of Thomas Nurmester and half-brother of Nick Nurmester. 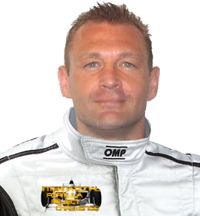 Nathan Nurmester as the official safety car driver of IFRC

Nathan Nurmester is the son of now-retired FIA official and former Formula One driver Thomas Nurmester. Initially, Thomas was very eager to have his son racing, and supported him on his career. However, Nathan's progress was initially very slow, and Thomas started to have doubts about his son's chances. For the next few years Nathan drove in pretty much whatever series he was eligible for, until he was old enough to start driving in local touring car series. But just when things started to look bright for him, Thomas had another son who would take more and more of his time previously devoted to Nathan. This would eventually lead to Nathan cutting his ties with Thomas at the age of 20; they have not talked ever since. This sidetracked Nathan's career for a few years.

In 1995 Nathan travelled to Estonia to check out the local racing scene, as he was without a drive at the time. However, he found it rather appaling and left back to the UK after just a couple of weeks. But during this time he would meet a woman with whom he formed a close relationship before departing back to England; this short affair would eventually result in the birth of Anu Võsu, although Nathan would not know this until 2016 when The Sun revealed the true identity of Võsu's father.

After a few years of trying to find a regular drive in various series, Nurmester was called up by family friend Niko Nurminen to drive for his team in the 1998 Rejects Touring Car Championship season. He was partnered by Russian Nikolai Nurmovitsch.

For the purpose of the series, Nathan gathered sponsorship money through Woolworths UK. However, the money wasn't much help, as the car was far off the pace of the frontrunners of Team Ultimate. Despite this, Nathan and Nikolai showed good pace in the first race at Silverstone and finished 13th and 14th, making for a double-points finish. However, in the second round, Nathan collided with Nikolai, and the two never managed to regain the lost ground.

For the second round at Donington, the car was much improved, and Nathan qualified in tenth position, driving a calm and clean race to finish in an excellent fourth position, though this turned out to be somewhat of a fluke, since he was 21st in the second round. Still, he had gathered a total of 17 points, enough for a provisional 12th position in the championship, and 6th in the Independent's Cup.

However, the series collapsed after only four races as Herrmann Mann the series' owner was found guilty of various drug charges. Nathan was therefore left without a competitive drive.

Without a permanent drive, Nathan went on to experiment with single-seaters, but soon found stock cars to be his niche and he competed in those on amateur level while also working as a mechanic in his day job.

However, his talent was still showing, and in 2001, when the Prost Formula 1 team decided to build a whole fleet of their AP03s to create a low-cost high-performance open-wheel series, teams went looking for budding talent.

At the age of 28, Nathan wasn't really advantaged by his age, yet FSK Racing came to him to drive the first car alongside former Life GP Series steward Dietrich Anger. The cars being equal, Nathan could show all his talent behind the wheel. Despite only a handful of previous open-wheel starts, he started the series' first race from ninth position, then avoided the massive attrition to finish in a brilliant second position, albeit over 40 seconds behind Jimmy Rosenforth.

In the second race in Mexico, Nathan was again in the points, but his engine failed with just two laps to go. Two more retirements followed in Montreal and Mugello, before another points finish in 7th at Jerez. Another retirement followed in Austria, while in Scotland he lost a bit of ground after excellently qualifying in second, eventually finishing 6th. After a poor finish in 15th at the British GP, two mechanical retirements followed in England and France. In the Netherlands he managed more points with a fine 5th after a poor qualifying, but in Germany more mechanical woes put him out of the contention early on in the race. At the Luxembourg GP he qualified a brilliant 2nd, but it all came to nothing as a failed overtaking attempt saw him colliding with Ralf Alden, forcing him to replace his front wing. He fought back to 16th but was banned from the next round because of the incident, and his manager Niko Nurminen stepped in as his replacement.

Back in the cockpit again for Suzuka, Nurmester initially drove quite well but was then involved in a collision and dropped far back before his engine blew up. In the US GP he retired on the last lap with brake trouble, while in California he was well off the pace and finished 19th. In the last two races of the season, held at Interlagos and Spa-Francorchamps, respectively, he retired with mechanical failures.

Nurmester continued with FSK Racing after the team joined CART, as it was merged with Prost GP when Marcus Kun bought the former franchise.

His debut at Long Beach wasn't what he hoped for, as the team struggled to adapt to the new equipment. Nurmester found the car difficult to drive and crashed a few times before eventually suffering too much damage to continue. At Laguna Seca he got his first finish of the season, although in a rather poor 20th position. The third race at Michigan turned out to be the end of his CART career. He was running strongly in the points, but then suffered a horrible accident which caused him to miss the rest of the season due to multiple injuries. As soon as he was able to talk he stated that he was not going to drive a CART machine ever again.

After a long recovery from his injuries, Nurmester initially considered a permanent retirement from motorsports. It wasn't until 2006 that he continued to race part-time in local stock and touring car championships with moderate success.

Things changed once more 12 years later, in 2015, when RTCC founder Herrmann Mann was released from prison. He promptly decided to revive his championship, inviting former competitors back as well as new faces.

Family friend Niko Nurminen was still very much in the racing business and managing both his team and his drivers, including Nathan's half-brother Nick Nurmester. Keen to re-enter touring cars, Niko accepted Mann's offer and rolled the old Volvos out of the garage for the now-42-year-old Nathan and his old team mate 48-year-old Nurmovitsch.

With the series gaining widespread attention, Volvo decided to get involved more than in 1998 and awarded Nurminen works status, although the result was pretty much the same as it was in 1998, with the team stuck in the lower midfield.

At the first race at Oran Park, Nathan couldn't let his driving do the talking, as he was involved in the lap 2 accident involving Sebastian Prost and Pieter Kickert. In race two though, he clearly lacked pace and finished in an anonymous 29th position. Knockhill proved to be better for him, as while he again retired in race one, he managed a fine fourth in race two. In San Francisco he scored points in both races with a 12th and 9th, respectively. However, Spa would turn out to be the end of his RTCC career, as he crashed out in both races; his collision with Pieter Kickert in the first race led to the exclusion of both him and Kickert from the next round. Nurminen had seen enough of Nurmester's antics and promptly sacked him with immediate effect. Ryan Carlton, released at the same time from his Twinings Earl Grey Racing contract, drove the car for the rest of the season.

Nurmester was also part of Winton Racing's entry at the 2015 Aston 24 Hours. However, his stint was cut short as he first collided with IBR's car on the pitlane before proceeding to cause multiple accidents with his broken car. Winton Racing was disqualified as a result, and the team announced that they would never consider Nurmester's services again.

Following this series of dismal results, Nathan Nurmester decided to call it a day and retire from motor racing for good. However, as soon as he has announced this he was contacted by the organisers of International Formula Reject Challenge, who needed an experienced racing driver to drive their safety car. Keen on maintaining a steady income and not wanting to return to his other job as a mechanic, Nurmester happily accepted and is expected to drive the safety car in all of the events of the 2016 season.

* Season in progress
† Did not finish, but was classified due to completing more than 90% of race distance.