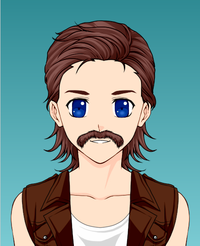 André Mignolet is a rally driver from, Belgium. Being born in 1957 in Tongeren. He is the father of Ron Mignolet and Dennis Mignolet and the grandson of Georges Mignolet.

Mignolet's F3 performances would see him scrape together enough cash to fund a drive at Ligier in 1978. He would make his debut at the 1978 US Grand Prix replacing an injured Jacques Laffite.

Being born as the son of transport company owner Fernand Mignolet, André worked mostly maintaining the trucks of his fathers company, being groomed to take over the company. At the same time allowing to fund a career in Formula 3 in the late seventies. However, in the early eighties, financial difficulties hit the Mignolet company, meaning André had to downscale his racing activities and become more involved in the company, as his father was now diagnosed with cancer. He soon found success with a Renault 5 Maxi in the Belgian rally championship. This sucess helped him to restructure the company, now Renamed RonDen Transport & Logistics. Upgrading to driving Lancias, now in the famous Ronden colours, he dominated the Belgian rally championship in the late eighties and early nineties. With his fathers disease worsening, André decided to quit racing himself and fund the succesful careers of his sons instead. With Fernand recovering his desease, Ronden Transports and Logistics is now a very succesful company with 1600 workers in Belgium, Germany, France and Poland.

André occasionally drives in historic rallies with his old Lancias. His co-driver has all this time been John Leynen.