Valerian Racing Engines is an racing team formed by the end of 1987, formed by Mikael Valerian. 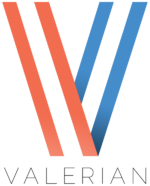 The team started as a small club racing team, with very high ambitions, managing to get wins in several French championships. In 1995-1997 they participated in Rejects-1, with middling results, before the collapse of the series in 1997. In 1998, the debts that the R-1 operation gave to them became astronomical, and they withdrew from any racing in 2003. Then, in 2013, a businessman from France and amateur racing driver, Samuel de Sauveterre, revived the brand, with the goal to make it to Formula 1. The team eventually accomplished it's goal, and thanks to a fruitful partnership with Venturi Automobiles, they managed to finance an operation in it's rival, AutoReject World Series.

However, as the team grew bigger and bigger, so too did Sauveterre's ambition, and by the end of 2018, the team ranked up huge debts. It sold off all of it's operations (apart from the ARWS team) to various other teams, sold off 25% of it's shares to Norwegian investors, and it struck a partnership with Winfield to sponsor their operations, thus keeping their ARWS team afloat, with the F1 project ditched because of a lack of potential. It also was able to keep it's driver program afloat and further expanding it. 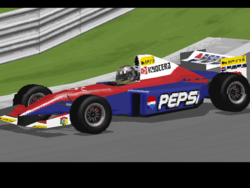 The first F1 car from Valerian: the F01.

After landing a major sponsorship deal with Pepsi, the team decided to enter F1. This was not easy though, and the team were on the lower midfielder for most of the year, though they eventually managed to beat Red Bull Racing for 9th place in the WCC. The team had a lot of problems, ranging from the underpowered Ferrari engine to some unlucky races. Before Australia took place, Perez was having minor health issues and was declared unavailable for the next 4 rounds. In Australia they signed local driver Daniel Melrose, who scored a respectable 8th in the second race. However, in the Sonoma race, they did a completely unexpected move and they bringed in former F1 and R-1 driver Shad Griffith, who has only done testing since 2007. He was on the pace with the competition, but struggled to compete with his teammate. In the China race, Sato decided to bring some cash and he was elected for a one-off, where he outperformed Valsecchi, but it still wasn't enough to get points. For 2018, the team was forced to renew Valsecchi and Perez, after Marciello rejected one of the seats.

The team had expressed interest on entering F1RWRS since their inception on F1. On the fall of the 2017, the team announced a partnership from Venturi to jointly manage an F1RWRS team on the near-future. However, the unexpected happened: CWG withdrew its plans for entering the newly named ARWS for 2018. The team was shocked, and due to the many new entries in ARWS, the team was the one to enter in their place. Due to the lack of time and preparation unlike other new teams, the V2-001, was in fact the car that won the past WDC; the VGPOne and the team landed a deal for the powerful Yamaha engines. For their first year they signed former F1RWRS race winner Shinobu Katayama, who came from driving part-time in Rob Lomas Racing and Nurminen Grand Prix in 2017, and Jean-Vincent Albertini, who was in his first full-time year in ARWS, and its rumored to bring a lot of cash.

Shinobu Katayama running 6th in the 2018 Japanese Grand Prix. She would eventually finish 5th - her best finish that season.