Renzo (formerly known as Officine Renzo and Renzo Engineering), is a racing team founded in 1951 by Sicilian garage owner Renzo Bizzarri, and currently owned by his grandson Antonio Bizzarri. The team is infamous for its alleged connections to the Cosa Nostra, with former team manager Simone Bizzarri having been sent to prison in the sixties for mafia-related activities, along with other alleged offences by other senior members of the team.

Renzo started out life as a local entrant to the Targa Florio, with team owner Renzo Bizzarri entering his son Simone Bizzarri frequently into the legendary race between 1951 and 1953, at the wheel of a Fiat 1100 S.

1954
The Bizzarris had bigger ambitions however, and had their sights set on Formula 1. Despite his young years, Simone Bizzarri was trusted with running the family's activities in Formula 1, with father Renzo preferring to focus on his chain of garages dotted around the island of Sicilia. In 1954, they acquired a mixture of OSCA and Ferrari equipment, and struggled their way to a triple DNPQ on their series debut at the French Grand Prix. They started their season with Giannino Marzotto, Franco Rol and Toulo de Graffenried as their drivers, but dropped Rol after their debut event, running one OSCA and one Ferrari on and off for the rest of the 1954 season.

While the team's initial form was poor, over the course of the year, the fledgling team started to harness the best from their machinery. Midway through the year de Graffenried moved to the factory Ferrari team, with Dorino Serafini coming the other way. The swap was a good move on Renzo's part, as Serafini would score the team's first point in F1, finishing 6th at the Swiss Grand Prix, just behind de Graffenried in the works Ferrari. At the next race, the German Grand Prix, de Graffenried returned to Renzo, and took another sixth place for the Sicilian team.

1955
The following year saw sweeping changes for the team. Buoyed by their late season form, and their financial success away from motor racing, the team invested in brand new Alfa Romeo equipment, which remarkably was the same spec as the works cars. Serafini and de Graffenried were both retained, while Rol was signed to the third car after Giannino Marzotto left for Maria Teresa de Filippis' OSCA team.

Despite the promising changes, the season started poorly, Rol being dismissed immediately having failed to come anywhere close to pre-qualifying at Monaco, while Serafini and de Graffenried also failed to make the grid. Rol was immediately replaced with rookie driver Cesare Perdisa, who also failed to make the grid on his debut at the French GP. Despite Perdisa's failure, the race was a milestone for Renzo, with lead driver Dorino Serafini bringing his Alfa home in third place, the first ever podium for the Sicilian team.

There was yet more change at the Belgian GP - de Graffenried left for the new Ecurie Voeckler team, and in his place came Hernando da Silva Ramos, who had finished fourth in the World Championship the previous season. 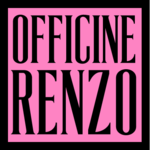 The Bizzaris had still not shaken the racing bug by the mid 70s. Instead of operating their own team, engine development was the name of the game for their second attempt at Formula One - that is, using development and engine in the loosest possible terms. A thinly veiled Cosworth DFV knock-off assembled from second-rate parts was the product, but the cheap prize point soon attracted a customer in the form of Pietro Monguzzi's Dywa. The Dywa-Renzo package made it's debut at the first European race of the 1976 season, the Spanish Grand Prix, and proved to be woefully off the pace of pre-qualifying pole.

In late 1994, Antonio Bizzarri, grandson of team founder Renzo Bizzarri, purchased the ailing Rejects-1 World Championship arm of the MacKenzie Financial team, putting himself in the lead driver seat, and giving the other car to Micronesian driver Alik Mori. Their late season form in 1994 looked promising, with Mori taking 12 points in the last two races, albeit with Bizzarri retiring from both.

However, their 1995 season failed to follow up on this promise, with only occasional appearances in the lower points scoring places, with Mori and Bizzarri only finishing 31st and 34th in the championship standings respectively. With little money to improve their situation, Bizzarri opted to fold the team.

By now the Bizzarri racing family had a fourth generation, with Antonio's son Marco making his way up the junior formulae ladder all the way to the top flight. Renzo's initial return to racing in 2017 was cautious, opting to enter a pair of Alfa Romeo 155s in the AR Super Touring series for the team's home round of the championship in Monza. It was a comedy of errors for the racing returnees, with Marco getting himself disqualified for blasting through pitlane at full speed, while father Antonio ran his car into an opponent, forcing him to pitlane for repairs and an eventual 23rd place finish.

Despite the poor return to racing, the Bizzarri's enthusiasm was unabated, and the team successfully acquired entries to both the 2018 Formula 1 and Formula 2 World Championships, embarking on a third foray into the highest echelons of motorsport in their 65 year history.