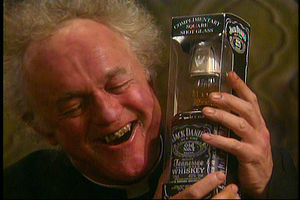 He has come under much criticism for his management style, usually turning up to the pit wall drunk and violent, but has spent multiple stints in rehab in an attempt to change his ways. He has got into deep trouble with the racing authorities over his behaviour, and is currently banned from attending races and speaking to the media for the entire 2015 F1RWRS season, after making a string of controversial statements, often while under the influence.

Usually his press conference appearances are incoherent ramblings about drink, women and violence, but can occasionally break into periods of professionalism if whacked over the head with a mallet hard enough...which is unlikely since Linari is a hard-headed lad.