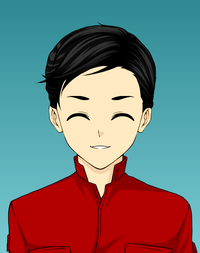 Kim Jong Sung first entered competition in the 1991 Life Grand Prix Series season for Trabant Renssport without much succes. For 1992 he signed for Great Leap Backward, scoring a total of 7 podiums before the series went defunct at the end of 1993. In 1994 he followed his team in the Rejects-1 World Championship, scoring his first career victory that year. However, a defenitive breaktrough never came, mostly due to GLB's lack of proper preparation. Kim Jong Sung has often been linked to drives in F1RGP2C, however this never materialised.

Recently Kim Jong Sung has reappeared in GT and single seater championships, what happened in between is a mystery. It is often suggested the current Kim Jong Sung is not the same person, given the mystery surrounded the North Korean driver support program.