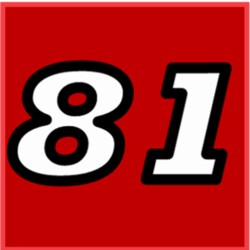 The 2015 NASCAR World Series was the first season of the of NASCAR World Series, established by NASCAR in order to provide a worldwide alternative to the Cup Series. The season saw a field 28 full-time driver entries, and 29 full-time teams, in addition to a host of part-time and one-off entries. The season was highly competitive, with the season's 30 races won by 15 different drivers. The Championship was won by Marcos Ambrose of Richard Petty Motorsports, whose fourth place at the Daytona Grand Final was enough to earn victory ahead of regular season leader Alon Day, five-time race winner Juan Pablo Montoya, and Regan Smith - who would go on to win Championship of the World and its million dollar prize two weeks later.

The field for races in 2015 was limited to 32 cars, with NASCAR deciding before the race weekend which applications for part-time entries would be accepted. Ultimately this would mean three part-time teams would be chosen per weekend, as there were 29 full-time teams entered for the season. One of those teams, the #1 Villeneuve Racing car, chose to run a selection of part-time drivers as opposed to a single full-time driver.

Only full-time entries have been included in these standings

NASCAR Championship of the World 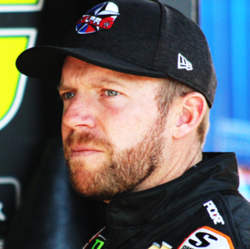 Two weeks after the conclusion of the World Series season, and one week after the conclusion of the Cup Series season, NASCAR staged the NASCAR Championship of the World, an IROC-style 100-lap shootout for the top sixteen drivers across NASCAR's major series; all drivers would be furnished with identically prepared Cup cars, a provision that was criticised for giving an unfair advantage to Cup drivers. Despite this, the race was won by former Cup Series driver Regan Smith.

All information on this page is not part of canon.