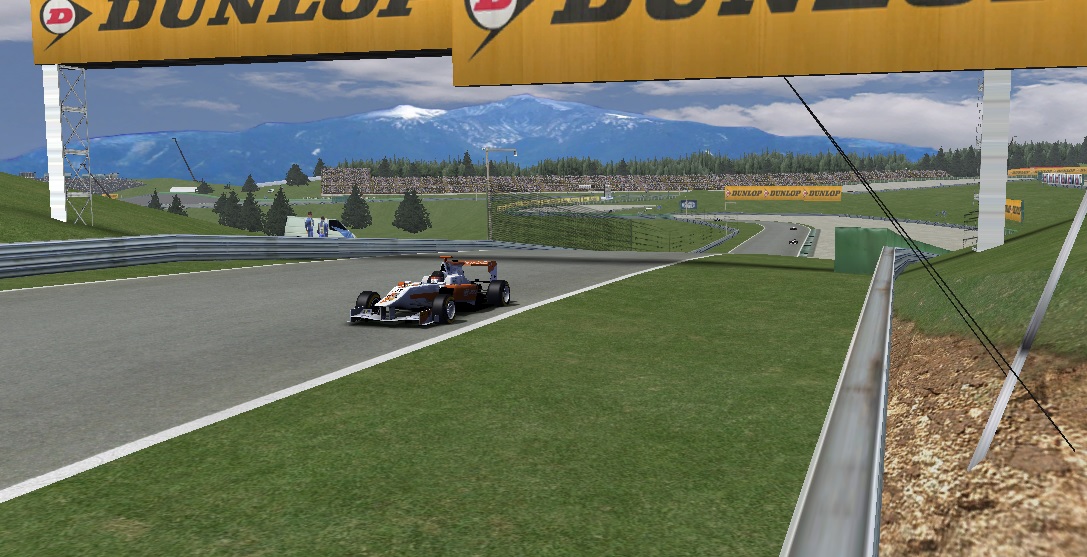 St. Laurent battled to the front from sixth on the grid, thrilling the crowd in Austria with a number of well-choreographed overtakes to secure the win in style.

Beating title rival Michela Martin off the line, St. Laurent then quickly dispatched Tobias Baumgartlinger at the first corner before breezing past Ramon Lorenzo on the next lap.

The Canadian quickly got into the battle for the lead, and pounced on Kevin van Kerckhoven after the Belgian began to lose touch with the front runners.

Rosseels was the next to fall, leaving St. Laurent to do battle with reverse-grid polesitting team-mate Voeckler, who provided his sternest challenge yet.

Although St. Laurent got past Voeckler at Remus on lap 7, the French driver soon hit back and squeezed past her team-mate at turn 3, presumably giving the Driver Performance Laboratory pitwall kittens in the process.

St. Laurent wisely held back, conserving tyre life before winding up to battle Voeckler once more, but the rapid ascent of Vaclav Malsyz soon became a factor in the lead.

Voeckler got loose in the final corner, sliding as she was about to complete her 12th lap and letting her team-mate and Malsyz past. Although the Czech racer challenged for the lead, St. Laurent had enough pace to drop the pair and arrest his winless streak – standing on the top step for the first time since Monza.

Atoning for her earlier mistake, Voeckler reclaimed second from Malsyz, who completed the podium.

Josephine Leifeld took fourth in an incredibly impressive drive, tactically dismantling the bunched-up midfield pack from 25th on the grid, then pipping van Kerckhoven to the line.

Baumgartlinger beat Martin to sixth, as Rosseels limped to the final point with a broken front wing having collected Kyoko Katayama on the penultimate lap.

Feature race winner Diego Pereira was left a lap down, having pitted for damage after collecting Helena Lindstrom at turn 4 on the first lap.